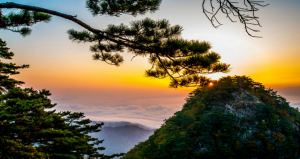 Liaoning cuisine is a kind of local cuisine established according to the ethnic characteristics, regional characteristics, culinary custom and cooking techniques in the inland areas of Liaoning.

As the essence of Liao cuisine, the royal court cuisine adopts rare ingredients, and not only the taste is unique, the culinary skills are exquisite, but also the dish names are elegant and romantic as well, with rich cultural connotations. The representative dishes are: Pearls in the Palm, Phoenix Returns Nest, Son-bestowing Unicorn, Peach & Monkey King, Clear Soup of Deer Tail, Matchmaker Maiden Self-matching, and Royal Palace Fish.

The popular cuisine is the main body of Liaoning cuisine, with the combination of high, middle and low grades, from the Top-notch Sea Cucumber, Heavenly Bird's Nest & Whole Shark's Fin, down to the Double Cooked Pork Slices, Sauté (with starch extract) the Threes, braised meat and the flavor dish Pork with Skin Stewed with Blood Sausage and Pickled Cabbage Slices, The main representatives are the "Four Unique Dishes" (Sauté Pig’s Liver, Sauté Pig’s Kidney, Pan-fried Eggs, Fried Balls) and so on.

The ingredients of folk cuisine are common and techniques are relatively simple, mainly frying and stewing, such as Stewed Chicken with Mushrooms, Fried Meat with Pickled Vegetable and Vermicelli, Scallions Mixed with Tofu and so on. The folk cuisine is the most popular for the masses.

At the beginning of the 20th century, Liaoning cuisine absorbed the essence of the traditional cooking techniques of royal court cuisine, Beijing cuisine and Shandong cuisine, and integrated the characteristics of Manchu, Mongolian, Korean and Han ethnic cuisines as well as the special resources in Northeast China, forming Liao cuisine’s characteristics of the rich dishes, distinct-seasoned ingredients, rich taste, and paying attention to the dish styling.

Since the founding of the People’s Republic of China, the Northeast Bureau of the CPC Central Committee has been established in Shenyang for nearly 30 years, in addition, Liaoning is also one of the heavy industry bases in China, Liaoning cuisine has developed accordingly.

The ingredient selection of Liao cuisine is very extensive and exquisite, paying great attention to the use of local specialty, mellow and fragrant is not only the main feature of Liaoning cuisine flavor, but also the core characteristics of Liaoning cuisine. Hot & spicy, taste of five-spicies, sweet & salty, sweet & sour, tomato juice taste, sour & spicy, sweet flavor and other delicious dishes account for a large proportion. Generally speaking, Liaoning cuisine belongs to a kind of popular dishes with low price, good quality, large quantity and affordable price in the catering market.

"Ban La Pi"(cold dish of cucumber, pepper and ridge meat), Pickled Cabbage Vermicelli, Stir-fried Potato Chips with Chili Slices, Stewed Pork with Beans, Stewed Chicken with Mushrooms, Stewed Catfish with Eggplant and, of course, the Banquet of a Newly-butchered Pig—these dishes are loved by diners at home and abroad for a long time.