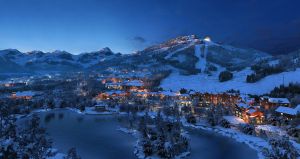 Jilin cuisine, also known as Ji cuisine, belongs to the subcategory of Northeast cuisine. It is the one influenced by Shandong cuisine and other cuisines, combined with the custom and practice of the local people. Jilin cuisine is based on the unique ingredients of Jilin Province, using unique cooking techniques, undergoing long-term development for the formation of the cuisine. It is well received by the general public. The world-famous Jilin ginseng, mink and pilose antler are called the three treasures of Northeast China.

Jilin cuisine mainly has four series of cuisines: national cuisine, folk cuisine, palace cuisine and game cuisine. It has the characteristics of "natural, green, nutrition and health". At the same time, the Chinese character “Ji” also includes auspicious, greeting, lucky and other meanings of good wishes.

Jilin cuisine absorbs the essence of Beijing cuisine, Shandong cuisine and Western cooking, is good at game cuisine, and pays attention to the duration of cooking. The characteristics of Jilin cuisine includes: the mellow and fragrant taste, and the simple and substantial ingredients.

Steamed white fish is one of the famous dishes in Jilin.

Ginseng is one of the three treasures in Northeast China, and it is a valuable tonic among Jilin specialties.

Starting in May of each year, kebabs are firmly at the top of the menu in Jilin City.

Fried vermicelli, as the most "humble" participant in Jilin gourmet industry, has an irreplaceable position of other delicacies.

The cold noodles in Jilin City combine the dietary preferences of the Han nationality and the Korean nationality, with the choice of sourly sweet and light salty tastes.