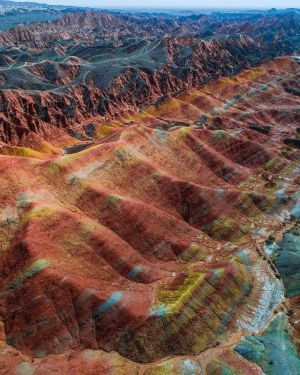 With Gansu culture, Dunhuang art as the background, Gansu cuisine (or Longcai in Chinese) is based on main ingredients along the Silk Road. It combines the "halal cuisine, Longyuan regional home food, snacks" and the fine recipes of the other major cuisines, and on the basis of inheriting the traditional specialties, it learns and sorts out a unique food system that adapts to the local diet customs and habits, forming a unique cuisine system. Gansu cuisine has a long history and profound cultural background, and is a magic flower with local characteristics and national customs blooming in the Chinese culinary art garden.

The ingredients of Qinghai cuisine are organically green, nutritious, pollution-free, strong antioxidant, and long sunshine time. It is especially featured by five spices (bitter beans, badian, mustard, cumin, garlic) and five flavors (sour & spicy, salty & fresh, bitter, five spices, hot & spicy). It is dominated by the original ecological ingredients, so it is unique among the major schools of Chinese cuisines and adapts to all people.

Lanzhou Noodles (lanzhou lamian, 兰州拉面). In Lanzhou, it is called "beef noodles". The process of making beef noodles takes about three minutes, so beef noodles are very popular as a fast food breakfast in Lanzhou.

Agate Sea Cucumber(玛瑙海参). The dish is named after agate, metaphorically elegant and beautiful, rare and precious. Agate Sea Cucumber has an agate color and smooth-taste, tasting purely mellow, is a traditional famous dish of Gansu cuisine.

Goldfish Nostoc (Steamed Meat with Nostoc in the Shape of Goldfish)

Goldfish Nostoc(金鱼发菜) is a top-grade dish with the famous nostoc in Gansu. It is so named for the dish is in the shape of goldfish. The best cooking of Goldfish Nostoc is from Qingyang Road, Lanzhou City.

Tianshui Pickled Celery Soup Noodles(天水浆水面). It is a popular cool noodles and main food in summer. The cool and sour taste can relieve the summer heat. It is made by pouring pickled celery soup on the hand-made noodles.

Lamb Mutton (羊羔肉). A kind of Hui food; it is made of the famous Jingyuan lamb as the main ingredient, supplemented by dried chili, sweet potato noodles and kind of vegetables, stewing them done.